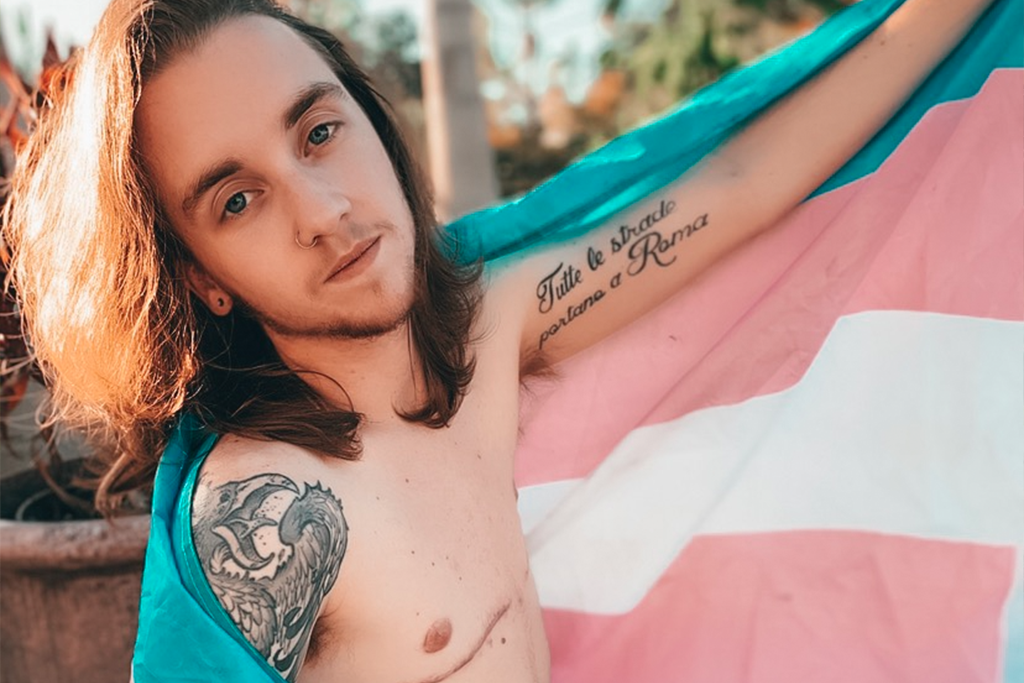 An estimated 1.4 million adults in the United States identify as transgender, with more and more people identifying as such year after year. Yet, the medical community has been slow to educate practitioners on interacting with the transgender population. For instance, just this week the American College of Physicians issued its very first guidelines on caring for transgender patients. Atop that, there is no shortage of evidence that transgender patients experience significant barriers to care as a whole, not just quality care. As recently as October of 2018, there were still 36 states where it is legal for health insurance plans to exclude coverage of gender affirming services. And, of course, let us not forget the Trump administration’s proposed rule, in which discrimination on the basis of “sex” would no longer include protections specifically for transgender and gender non-conforming patients.

We had a candid conversation with Julian Van Horne, pictured above, to shed light on some of the issues he has experienced in the healthcare arena as a transgender individual living with a chronic illness. Van Horne, also known as The Disabled Hippie, is a transgender advocate, as well as a life coach for LGBTQ+ and chronic illness individuals, who has experienced no shortage of discrimination while seeking care, and not just gender affirming care; Van Horne has been diagnosed with Ehlers Danlos Syndrome, and has spoken out about the “medical trauma” he has faced while attempting to receive care in the wake of his diagnosis.

“I have had more incidents happen to me than I have the time to tell them. And that hurts. That feels awful to say or type out loud. But I’ll stick with the most recent. Last time I was at my regular ER for GI/feeding tube complications, I had the displeasure of seeing a doctor I’ve never come across before. He asked me, “What parts do you have?” This question is completely uncalled for, for a couple of reasons: 1. He could just read my chart and see. 2. I’m having a feeding tube complication so what does this even matter? He didn’t like my answers so the situation escalated to him deciding he could put his hands on me to “find out” for himself,” Van Horne detailed in an Instagram post in June, going on to say, “I wish I could tell you that scenario is rare. But it’s not. A lot of medical professionals truly don’t know how to engage with a trans patient appropriately.”

Not all of Van Horne’s experiences have been as outright damaging as the one he illustrated in his Instagram post, but even one experience like that is too many.

“Most of it is just a lack of understanding,” Van Horne explained during our interview. “Blaming the hormones, or not knowing how to address someone—they don’t know how to appropriately speak with trans patients or non-binary patients.”

The medical community needs to, and can, do better.

“There needs to be a protocol, because as far as I know, it’s pretty non-existent—I’ve never experienced it,” Van Horne began when asked just how the medical community can better serve the transgender and non-binary population.

Asking for a patient’s preferred pronouns right up front and actually reading charts—whether they are being seen for a trans-related healthcare issue or not—were two starting points recommended by Van Horne, in addition to addressing transgender patients, as well as the process of asking for their preferred pronouns, sensitively and from a place of medical necessity, not morbid curiosity.

“Some non-binary patients might react defensively if they’re asked for preferred pronouns, or what they have down below, even if it is pertinent. It’s important to understand why they might be defensive, and it could be because they’ve experienced medical trauma previously.” He went on to say, “There needs to be a de-escalation strategy of, “No, we’re not trying to upset you. This is important to your health. We want to identify you correctly. We want to make sure we treat you with respect.” It’s all about treating the trans patient with respect, and making them feel comfortable, and that you’re there to help them and not harm them like they’ve previously been harmed.”

It’s more than just the protocols that need to change, though. Van Horne would eventually like to see the laws changed, so that LGBTQ+ patients cannot be denied care based on a facility’s religious or ethical beliefs.

“I know the law [in my state] says you can’t deny emergency room trans patients, but it still does happen. People have died that way,” Van Horne told us, highlighting an even bigger problem than just not receiving quality care—not receiving care at all. ”You don’t know how long it took me to find an endocrinologist that would treat me—I called so many that said, “I won’t take trans patients. I won’t put trans patients on hormones.” It’s hard.”

“I think it’s ridiculous that they can deny healthcare to human beings,” Van Horne said, and if nothing else, that is the point that should be heard.

Transgender people are people, and all people, in their time of need, deserve to be treated with care.

For more information on and helpful resources for interacting with transgender patients, we urge you to visit the Transgender Law Center, National LGBT Health Education Center, and Rad Remedy.