In honor of Thanksgiving, we’ve listed the seven most common injuries that occur on and around Turkey Day. 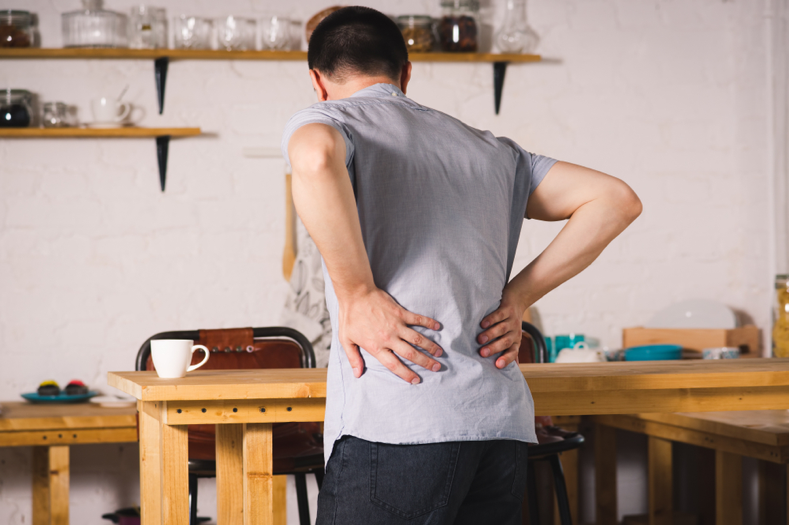 One defining factor of working in the ER is that nurses never know who might walk (or be wheeled) through the door. Will it be a middle school soccer player with a broken leg, a gunshot victim in a failed robbery or someone who didn’t get their flu shot and is now horribly ill? But when it comes to the holidays, you can predict what patients will come walking through the door, at least to a certain extent. In honor of Thanksgiving, we’ve listed the seven most common injuries that occur on and around Turkey Day. Put on your scrubs, grab your bandages and be ready to treat any and all of these accidents.

A 25-pound turkey doesn’t sound like a lot, until you have to deadlift it in a heavy pan straight out of an oven that’s heated to 425 degrees. Even the most dedicated weightlifter can tweak their back if they don’t lift heavy objects with proper form, and people throw their backs out each year trying to maneuver massive turkeys around. There are also other risks for back injuries on Thanksgiving, such as hanging up wreaths or getting down the china dish you only use once a year from the top shelf, so there’s a high likelihood you’ll see at least one of these injuries on Turkey Day.

Speaking of turkeys, cooking-related burns are another common issue on Thanksgiving. Firefighters responded to an estimated 1,760 home cooking fires on Thanksgiving in 2015, and that’s just the fires that were severe enough to warrant the fire department. While the ever-dangerous turkey fryer is certainly responsible for some of these accidents, even more mundane cooking methods can result in burns from stove-tops, hot oil or gravy. In the culinary chaos, it’s pretty easy to grab a pan that you think had cooled down (but hasn’t) with your bare hand, or to stir the hot gravy so vigorously it splashes up onto your arm. And simply getting distracted is a major contributor to home cooking fires, as unwatched pots and pans can catch fire. Speaking of cooking injuries, knife lacerations are another top Thanksgiving injury. Professional and inexperienced cooks alike are pressed into service on Turkey Day, and even the most dedicated takeout devotee may find themselves required to chop vegetables. Dull knives that haven’t been sharpened in a while can slip, and getting distracted in the middle of chopping can lead to accidents. Improperly stored knives and even the sharp edge of an opened can can also pose risks, and sometimes at-home first-aid kits just won’t cut it. One way or another, you’ll probably have to bandage or suture some lacerations on Thanksgiving Day, so keep your nursing supplies on hand.

Yes, all that food is delicious. But people who scarf down too much too fast might find themselves quickly regretting their indulgence, especially if they’re already prone to stomach issues such as acid reflux and heartburn. Traditional Thanksgiving dishes are super tasty, but they’re also loaded with fats, oils, sugars, spices and other known potential triggers for gastrointestinal distress. If patients come in complaining of severe gas, bloating, constipation, abdominal pain or related symptoms, they’ve probably eaten something that disagrees with them or simply eaten too much.

It can be hard to get all the Thanksgiving dishes on the table at the same time, but if you don’t, it can expose you to possible food poisoning. In particular, the bacteria Clostridium perfringens grows on food left out at room temperature, and it’s the second most common bacterial cause of food poisoning. Improperly cooked meats, including turkey, can also harbor salmonella, another known cause of food poisoning. If patients complain of nausea, vomiting, diarrhea, abdominal cramps and/or fever, they probably ate food that was not cooked thoroughly or that was left out too long (or both). Keep in mind that food poisoning symptoms can surface in as little as two hours or as many as 24 hours, so you might also get cases the day after Thanksgiving as well. A broken finger, a sprained ankle, a disjointed shoulder, a blown-out knee, a mild concussion. While these injuries happen all over the body, they probably have one cause: the annual Turkey Day amateur football game. The “casual” pickup game sends adults to the ER every year, and there’s always a spike of cases on Thanksgiving.  Most adults playing amateur football are (shall we say) a bit past their athletic prime, and they rarely warm up properly before hitting the backyard. Plus, the rules get blurry fast and accidents do happen, so a friendly game of touch or flag football can quickly lead to a broken finger or a blown-out knee. Expect to get a lot of these injuries in the ER if you’re working Thanksgiving. If an adult has one of the problems above but is too embarrassed to admit what happened, it’s a safe bet that things went down during the traditional Turkey Bowl.

Drinking increases during the holidays, and with it alcohol-related incidents. Drunk driving is obviously a major risk, but drunkenness can also lead to other accidents, such as slips and falls, mild lacerations and more. And the drinking doesn’t only happen on Turkey Day. Thanksgiving Eve (the night before the actual holiday) is an unofficial party and/or bar night. Since the holiday weekend starts Wednesday evening and they don’t have to go to work the next day, many people use that night to grab a few drinks—maybe too many—and catch up with old friends and classmates who are also back in town.

Thanksgiving is full of traditions and, unfortunately, these seven accidents are some of them. If you’re doing a nursing shift in the ER on or around Turkey Day, be prepared to treat any and all of these injuries.

Deborah Swanson is a Coordinator for the Real Caregivers Program at allheart.com. A site dedicated to celebrating medical professionals and their journeys. She keeps busy interviewing caregivers and writing about them and loves gardening.