Kim Spering encourages you to look for the real reasons patients don’t show up on time, don’t take their medications, and seem to go against medical advice. 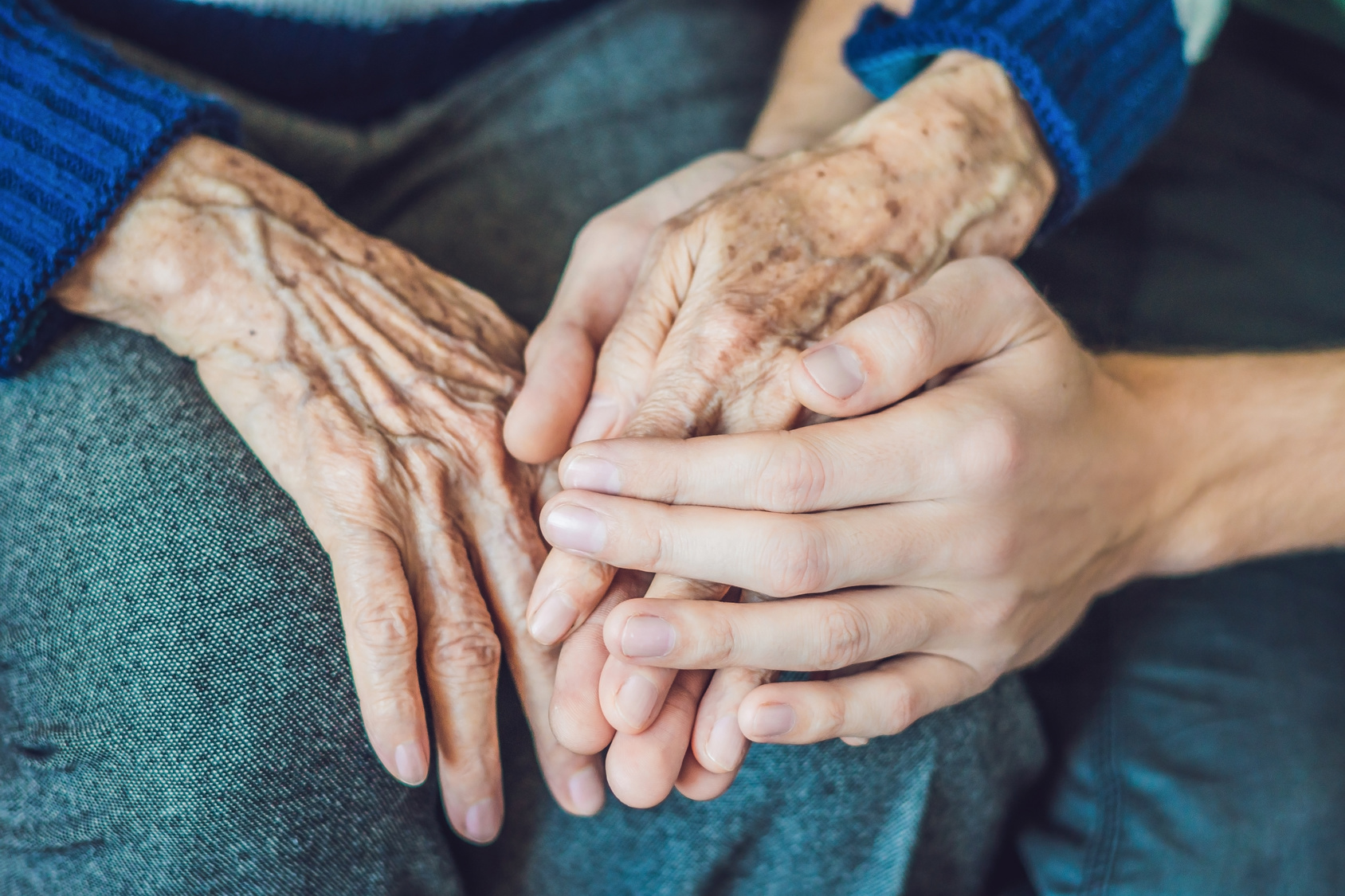 In my palliative care work, making home visits, we often find patients’ needs to be dire for basic necessities. What if simply being able to EAT was one of those needs? What if, for example, a patient’s reasons for not going to office visits was simply – he couldn’t afford transportation?

It was my second visit with a thin, elderly gentleman. During the first visit, he shared that his HUD housing management had sent him a written eviction notice for “multiple infractions.” I reviewed the multi-page document they sent him. Frankly, none of these so-called incidents seemed to warrant eviction.

Speaking softly, muffled due to his lack of teeth and his Parkinson’s disease, I pieced together his story.

He had been diagnosed with PD years ago, after many years with vague symptoms. He was prescribed Sinemet TID, but takes it QID on his own, as the tremors and gait freezing worsened after 3 hours of each dose. Which means… he runs out of medication before the next refill. So, he suffers more during the last week of the month. He also has subsequent cognitive short-term memory deficits as a result of the disorder.

He has had multiple mental health issues, addiction, and other social problems over the years. He sees a psychiatrist, addiction specialist, and therapist to help him through these problems.

He does not drive, and relies on public bus transportation for appointments. Guess what: now, he cannot afford the tickets. As a result, he often no-shows for appointments, thus getting him a “reputation” for “non-compliant behavior.” And let’s face it, no one looks into the details. It doesn’t matter if he can’t afford that bus pass – he is now “labeled” as “non-compliant.” He does not always know what number to call to cancel his appointments. (by the way… side bar. I loathe that term. I prefer, “non-adherent.” It’s less judgmental, in my opinion.)

In recent months, he forgot that he put pots on the stove while heating up his food. One incident led to the local fire department being dispatched. After that, his building management decided they would disconnect his stove. So now, he can’t even heat up any meals that he may get.

Also, financially, he has no extra money to pay for food, after medication co-pays. For some reason, even though he had Medical Assistance, his plan did not cover his medications. So an albuterol inhaler costs him $58… which he did not have. He has an enlarged cervical lymph node, which I presume is cancer-till-proven-otherwise, given his ETOH use/smoking, but I wrote a Rx for Keflex, hoping against hope it would help. It did, albeit marginally. He still needs evaluation for the mass. He can’t afford the bus fare to go for a visit. He also was visibly short of breath when I saw him, which likely would have improved by using that inhaler — had he been able to afford it.

I then found out that he ONLY eats when going to local soup kitchens. THREE TIMES PER WEEK, Tuesdays through Thursdays. He barely eats in-between. He had one can of tuna in the apartment. He has lost over 40 lbs… 16 lbs in the previous 6 weeks from my first visit. He is at the brink of being emaciated at this point.

Our one local food bank will deliver a food box to anyone in the apartment complex who needs it – once per month. He never got one, because he has been at the soup kitchen for his meal when the group arrives. He was told by management that they would not save a box for him, nor deliver it to his door, because “people would steal it.”

I was not only appalled, but incensed that this was the case.

So… here is a man who eats three hearty meals per WEEK, living sparingly on a can of tuna here-and-there in-between. He has no other recourse. There is minimal family involvement. He can’t access outside resources. I wanted to cry when viewing his situation.

Fortunately, he is enrolled in our Community Care Team (encompassing nurses, social workers, pharmacists, mental health specialists) through his PCP office. I sent a message to the RN on his case, detailing the grim realities of not having food. He has a community health worker at the one local church who tries to help him where possible.

On the day of my second visit, I had a palliative care fellow with me. He suggested Meals on Wheels.

On the inside, I kicked myself for not thinking of this sooner. Then I discovered that if he was frequenting soup kitchens (even only 3 days per week), he may not qualify for it. So… go to soup kitchens with a guaranteed meal three times per week… but still, he should qualify for two meals per day from MOW based on his income.

Alas, there is the logistical nightmare of trying to follow him if/once he gets evicted.

“I’ll be homeless,” he stated firmly.

“What about the Mission?” – a local resource for homeless men. They have to leave during the day, but can return for hot meals and a place to sleep in the evening, counseling, and help to get back on track.

“Nope. No way,” he said. From reading between-the-lines, and knowing he hadn’t conquered his addictions, I knew that a Christian organization would clash with his wishes for care, particularly if he used drugs.

“What about your family?”

“Eh, one daughter drops by on occasion with food. The others – they don’t call me, ever.”

What is a provider to do when faced with this scenario?

Well… for one: focus on what you can do immediately. In contacting the CCT team, I tried to enlist others in support for this patient. I fully realize… I can only do so much myself. Get the team involved.

Second: reiterate the positive issues with the patient. There may be only ONE, but try to find a positive way to reinforce great behaviors: staying clean, staying sober, calling to make and keeping appointments, etc.

Third: realize that taking these steps is truly a process… one fraught with roadblocks, challenges, and fortunately, sometimes, successes.

For every roadblock encountered, think of how you are helping that person.

Let’s broaden the perspective, shall we? This applies in my patient’s case.

For every provider who faces frequent no-shows or late patients, or patients who don’t “follow orders:” consider looking for the real reasons that patients don’t show up on time, don’t take their medications, and seem to go against medical advice. Often there is a good reason for their actions (or inactions). I admit – I used to chafe and get mad when no-shows occurred… or when patients showed up 30 minutes late, throwing the day’s schedule in disarray. It took some time and patience to dig deep, to find out the reasons. It was NOT simply that patients were inconsiderate or lazy (something I continue to hear from other providers to this day). Perhaps the bus was running late. Perhaps their ride no-showed or had other, more pressing issues. Back in the days of seeing patients in the office, I would be annoyed at the so-called lack of “consideration” of patients showing up on time.

I’ve seen a new side of the patient experience by seeing them in the home. Believe me when I say, the LEAST of many people’s concerns is getting to their office visit on time.

I’m fortunate that I finally can see things as they are for many patients. Fortunate to have the resources to try to help them any way we can.

Patients’ social history may seem like a thing to bypass, to ignore. Please… as one “in the trenches,” seeing their reality, hearing their stories – those stories are crucial to their care. Take the time to hear them. Advocate for them. Use your own resources in your practice to delegate aspects of their care.

Listen and acknowledge their social history. It’s vital to understand what patients face. But above all, please don’t label them “non-compliant,” particularly if you don’t know the whole background story.