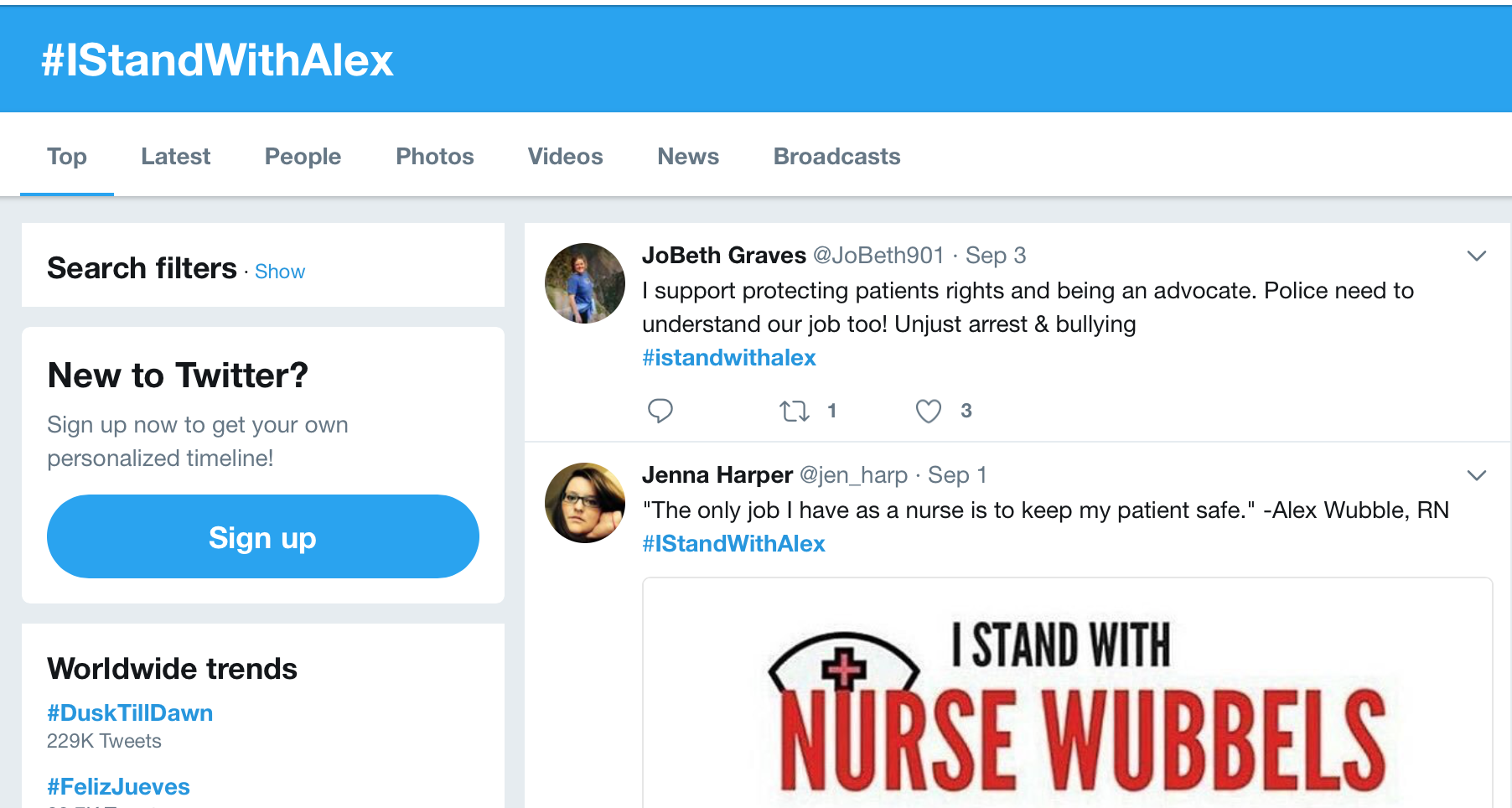 Last week, a disturbing video came to light in which a Utah charge nurse, Alex Wubbels, was arrested for refusing to draw the blood of an unconscious patient at the request of Salt Lake police detective Jeff Payne. As Payne did not have a warrant or meet the mandatory criteria needed to take blood from the patient, Wubbels chose to protect the patient’s rights and not comply with Payne’s request, and was subsequently arrested in her work area at University Hospital, pulled outside, and placed into a patrol car for about 20 minutes. The video of Alex Wubbels’ arrest quickly went viral, and so has the support of other nurses in the days since under the hashtags #IStandWithAlex and #FireJeffPayne.

"The only job I have as a nurse is to keep my patient safe." -Alex Wubble, RN #IStandWithAlex pic.twitter.com/VXBhBpRFVm

I #BackTheBlue but in this case the officer made a mistake & Alex did right in protecting her patient.SL PD fix this #IStandWithAlex

She was doing her job. When they asked her to break the law she said no, so they assaulted her. #AlexWubbles #IStandWithAlex

We need to RT #FireJeffPayne and speak out. My God, nurses know about HIPPA and patient rights. This officer was over the line

As an ER RN I can tell you this was not a"nursing incident". This was a police brutality, illegal, assault incident! #FireJeffPayne

In the days since the video’s release, the University of Utah Hospital has also shown their support for Wubbels by imposing new restrictions on law enforcement, including barring officers from direct contact with nurses and from patient care areas in the hospital.

What about you, do you stand with Alex?